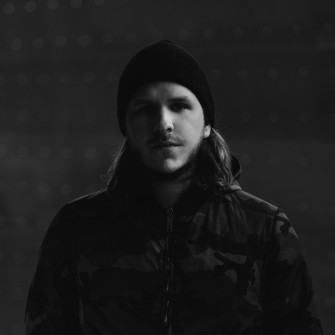 Distinctive. Innovative. Single-minded. Sebjak has grown into a world phenomenon courtesy of explosive talent, unrelenting energy and unparalleled creativity. Lighting up the scene for over a decade now, the party-starting Swede has spawned a musical dynasty of immersive electronic music that has left clubs, festivals and studios destroyed in its wake. Sebjak’s distinctive mark has been etched in stone into the very sinews of the electronic music landscape forever. A world-renowned producer, perpetually in demand DJ and much-admired label owner, the Stockholm native is constantly evolving and developing as an artist.

As Sebjak has matured himself, so too has his inimitable music. The amiable Swede first arrived with fresh, standout tracks on the likes of Size, Spinnin, Ultra and Positiva. As he had developed,Sebjak is now the purveyor of a more discerning, melodic and emotive house sound that goes beyond sheer energy and actually taps into something that bit deeper and more real. Intelligent, structurally complex and unafraid to free itself from the constraints of the dancefloor, Sebjak’s music has been blowing minds as regularly as it has been controlling feet. As well as forthcoming releases on Armada, Sebjak has also dropped killer vibes for Fonk and his very own, Bibliothèque Records.

It is with his own imprint that Sebjak has truly showcased his new direction in full. Still only in it’s infancy, Bibliothèque has quickly garnered a reputation for putting out fresh, forward-thinking, modern electronic music that defies categorisation. On his much-loved THÈQUEHOUSE radio show, Sebjak tries out new ideas whilst also exploring the very best in upcoming talent. With intense creativity and endless curiosity fuelling the fires in his headphones, Sebjak will continue to blaze the trail long into the distance.